Why you must never buy honey in plastic bottles!

Let’s face it – you can’t beat glass. Even “food grade” plastic can leach chemicals and odours into your honey and there is a lot of research that shows it probably does. To me, a glass jar is a sign of QUALITY. Honey is a precious product. Why adulterate it in plastic anyway? Only cheap, poor quality honey will be found in plastic. Good honey is expensive.

If honey crystallises it’s easy to put the glass bottle gently into warm water or a very low oven but I’d never DREAM of heating plastic!!! Imagine how much more will leach and the taste will be plastic too. Glass is also less permeable to oxygen and UV light and it insulates better against temperature fluctuations. The only really good thing about plastic is that its dirt cheap. So my advice is buy a good quality honey in glass only.

And don’t be misled by “safe plastics” BPA-free etc – it’s all nonsense!! They are all going to leach xenoestrogens into your honey. That’s why you must never buy oils or liquids in plastic but in glass. Even BPA-free plastics leach endocrine disrupting chemicals! It may be BPA free but it won’t be BPS free (bisphenol-S) which is potentially worse.

BPA an estrogenic plastic by-product used in the manufacture of polycarbonate plastic leaches into the food and liquids from the plastic containers they are in. BPA has been identified as an estrogen-mimicking compound since the 1930s and is known to be especially dangerous for pregnant women, infants, and children. In the 1930s BPA was used as an artificial estrogen to fatten poultry and cattle so do the extrapolation! In the 1940s BPA was used to harden polycarbonate plastics and make epoxy resin. It is now one of the world’s highest production volume chemicals and widely known as being a suspected disruptor of your body’s hormones.

BPS is showing up in human urine at concentrations similar to those of BPA. So you are still being poisoned! It is just as toxic as BPA and some research says it’s much more dangerous than BPA. Like BPA, BPS has hormone-mimicking properties and less bio-degradable. But it gets worse – BPA is not the only culprit. It’s simply the most highly publicized one. There’s also bisphenol AB and AF, bisphenol B and BP, bisphenol C, bisphenol E, F, G, M, S, P, PH, TMC, and, yes, there’s even a bisphenol Z. Any one of these can be in your BPA-free honey bottle so stick to glass.

You will find delicious honey here – only ever sold in glass.

Originally published on https://www.facebook.com/SallyAnnCreedSA/ in 2019. 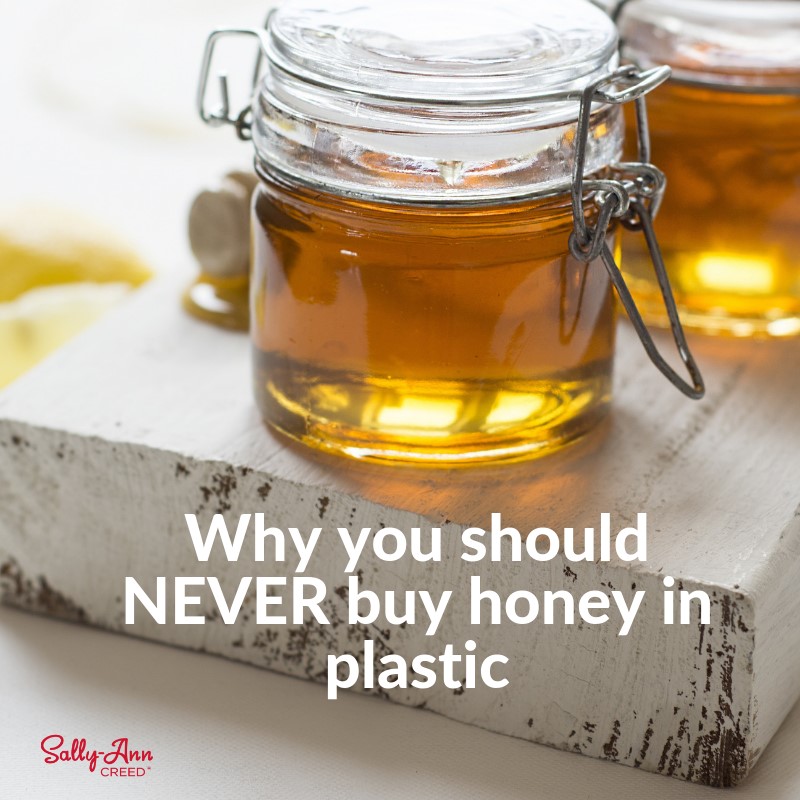