Spices to boost your Immune System

SPICES TO BOOST YOUR IMMUNE SYSTEM

I think its time to spice up your life and your immune system which constantly needs to be kept in top shape, not just winter. I’ve chosen five of the best spices to help your body bolster immunity levels and fight off viruses, infections and inflammation.

This flavourful spice gets its vibrant colour from curcumin, the active ingredient with potent anti-inflammatory compounds to rival ibuprofen, without the side effects. Turmeric has also been shown to inhibit fungal growth and suppress tumour cell growth.

Garlic is filled with nutritional properties that greatly benefit your health – it contains phytochemicals called sesquiterpenes that target viruses. This immune-boosting spice also has antibacterial properties that can help prevent nausea. Ginger even contains antimicrobial compounds that help in treating infectious diseases. Make your own ginger tea by combining fresh ginger root, lemon juice and honey with a cup of boiling water.

Here’s a quick and easy recipe:

Fabulous during flu season as it infuses the body and immune system with powerful immune-boosting compounds. If you can’t find fresh ginger, use a good ground ginger powder.

Cayenne contains a large amount of capsaicin to suppress a neuropeptide involved in inflammatory processes called substance P. According to studies, the pepper contributes to digestive health by fighting gastrointestinal pathogens, ulceration and cancer. It also regulates appetite and digestive function. Cayenne is often used to activate the circulatory system as a cold and flu treatment. In addition to its potent immune-boosting nutritional composition, the spice is also an excellent source of beta carotene, a powerful antioxidant.

Boost your immune system while enjoying your favourite pesto. A 12-week study found that, compared to a placebo, garlic reduced the number of participants with the common cold by 63%. Did you know, garlic supplements have also been shown to increase antioxidant enzymes in humans, in addition to notably reducing oxidative stress in individuals with high blood pressure. High doses of garlic have also demonstrated the potential to protect the body against heavy metal toxicity. I love fresh garlic but often also take Bear Paw Garlic capsules throughout the winter season, nothing to touch it.

REAL Ceylon Cinnamon (not cassia – the fake alternative sold as ‘cinnamon’) fights inflammation and helps ward off infections and heal damaged tissue. Containing large amounts of polyphenols, cinnamon even outranked “superfoods” like garlic and oregano in a study comparing the antioxidant activity of 26 spices. Some studies have shown that Cinnamon may have anti-diabetic effects and help cut the risk of heart disease.

You will find ALL these spices in organic or non-irradiated form in my online store here. https://sallyanncreed.co.za/product-category/sally-ann-creed-spices-and-stocks/ 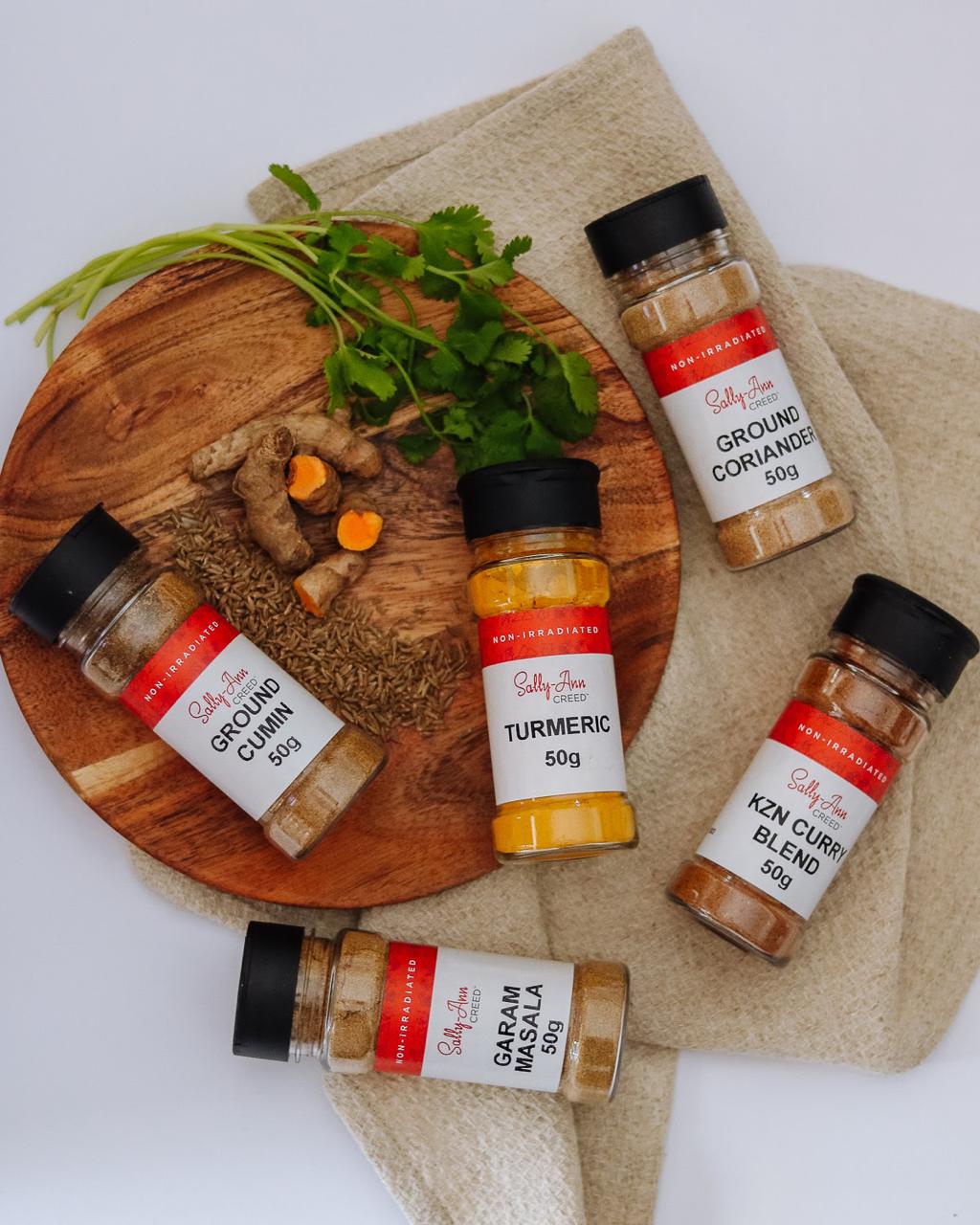