Can Vitamin D save your Life?

Yes, I believe it can. Vitamin D is a true superstar which affects so much more than bones and teeth, such as the brain, immune system, hormones, cancer prevention and gene expression which all rely to some extent on Vitamin D. In fact Vitamin D has been called “one of the simplest solutions to wide-ranging health problems”. Because almost every cell and tissue in the body has a receptor for Vitamin D. So it’s important to get enough, wouldn’t you say?

While vitamin D is made in the skin from cholesterol and sunlight how many of us get many hours of daily sun on bare skin at noon. Studies show most people on this planet are chronically deficient in the minimum RDA for Vitamin D, especially children (they use it quickly to build bones and teeth), and the elderly. You need to have a blood test annually if you are not sure. The preferred range is 50-70ng/ml – most people are critically short of it unless they supplement – it becomes harder to make it after 35 anyway.

If you have heart disease or a history of cancer you want that up to 70-100 ng/ml. It is possible to overdose on D, but if you remain in these ranges and test annually, you will be fine. Overdosing takes a long time at high doses. Taking 5000iu a day though will slowly get you to your right level, you won’t overdose on this type of dose.

PLEASE NOTE: prescription Vitamin D is D2, not D3. D2 does not directly supply D3, and is given in much higher doses (50,000 iu weekly). When blood levels test normal, your doctor will take you OFF D2. But you’ll slip back to deficiency if not taking D3 on a regular basis.

FOODS WHICH CONTAIN D3
Fatty fish such as wild (not farmed) salmon and sardines have roughly 400iu of D in a 90g serving. Liver and pastured egg yolk have a tiny bit – 40iu in 1 egg or 90g of liver. That’s a lot of liver, eggs and canned fish to get a dose of 1000 to 7,000 iu daily. A good supplement is so much easier. Cod liver oil has about 450iu per teaspoon. Mushrooms labelled as containing Vitamin D have been exposed to light and contain Vitamin D2 NOT D3 – D2 not as valuable as D3. So it’s difficult to get from food. Absorption of all fat-soluble vitamins is decreased in those with intestinal inflammation such as Celiac, Crohn’s and Irritable Bowel Syndrome and other gut issues.

NOTE: ALWAYS TAKE VITAMIN K2 WITH D. Never, never, never take D without K2. I have supplements in my online store with D3 and K2 at https://sallyanncreed.co.za/shop

WAYS VITAMIN D CAN SAVE YOUR LIFE
DNA repair and gene regulation. This is massive! Vitamin D impacts all the bad genes (turns them off) and all the good genes (turns them on), changing your entire future. One study showed a mere 2,000iu of vitamin D3 per day for a few months upregulated 291 different genes controlling 80 different metabolic processes. Imagine what you are missing out on if you don’t have enough D3?

Prevents osteoporosis, hip fractures, arthritis and many types of pain. Studies show a sharp increase in all-cause mortality after a broken hip. Anything that stops us from exercising is harmful. Vitamin D is so important with Vitamin K2 for maintaining bone strength. Vitamin D plays a big role in the aches and pains of chronic fatigue and Fibromyalgia too.

The immune system. Vitamin D3 supports the “killer cells” of the immune system, helping white blood cells kill infections. We get sick less often and get well faster. Vitamin D3 is also a potent immune modulator for the prevention and resolution of autoimmune diseases like Multiple Sclerosis and inflammatory bowel disease.

Cancer. Vitamin D plays a role in most cancers. In one study, 70% of women with breast cancer were found to be vitamin D deficient. It has even been shown to prevent breast cancer cell growth and decrease the expression of cancer causing genes. It is essential after cancer treatment to track your Vitamin D twice annually and keep it at the top of the range or just slightly beyond – 75-100 ng/ml according to some experts.

Maintains a healthy brain. Vitamin D affects production of serotonin which affects sleep, depression, PMS, weight, mood, digestion and more. It helps prevent Parkinson’s by enhancing the transmission of electricity to your neurons and by detoxifying your cells. Dementia, Alzheimer’s, memory and information processing are all affected by low D. Vitamin D activates and deactivates enzymes in the brain and the cerebrospinal fluid involved in neurotransmitter synthesis and nerve growth.

Heart disease. People with insufficient vitamin D have an 80% greater risk of narrowing of the arteries according to a long-term study at Johns Hopkins. Vitamin D is important for reducing hypertension, atherosclerotic heart disease, heart attack, and stroke. One study showed Vitamin D deficiency increased the risk of heart attack by 50%. VERY important – Vitamin K2 plays a huge role here also. Don’t take D without K2, as the K2 prevents D from hardening the arteries or forming calcium deposits incorrectly anywhere in the body. Vitamin D plays many roles, but Vitamin K2 makes sure the calcium absorbed does NOT go to the arteries, but to the bones. It’s as important as D3. 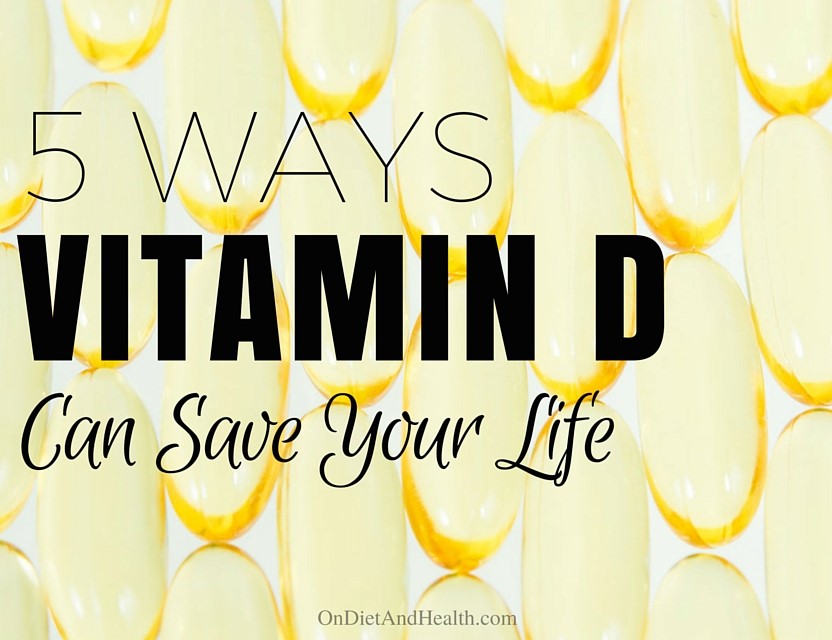