We Have No Unnecessary Body Parts

You probably know that there is a commonly held belief that there are ‘bits’ in our bodies we don’t need like our tonsils and adenoids, spleen, appendix, gallbladder, womb and ovaries after menopause. Nothing could be further from the truth – every single bit of our beautifully created bodies are important – God didn’t make a single mistake – they all serve a purpose.

TONSILS: As part of the immune system, the tonsils fight infection; they are first line of defence in the throat, and when they are doing their job fighting infections, you get a sore throat. While tonsillectomy is a ‘routine’ operation (not without risk either), health experts now know that the long-term risks of this procedure are possibly detrimental to overall immunity and exceed any short-term benefit. In a study with 300 children aged 2-8 advised to have their tonsils out, those who avoided surgery had fewer annual doctor visits due to fevers and throat infections.

A new study provides evidence that a critical type of immune cell can develop in human tonsils. The cells, called T lymphocytes, or T cells, have been thought to develop only in the thymus, an organ of the immune system that sits near the heart. This gland shrinks after puberty, so keeping your tonsils is a bonus. The study, led by researchers at the Ohio State University Comprehensive Cancer Center – Arthur G. James Cancer Hospital and Richard J. Solove Research Institute (OSUCCC — James), could improve the understanding of T-cell cancers, autoimmune diseases and the importance of first line of immune defence mechanisms such as the tonsils.

The study identified T cells at 5 distinct stages of development in the tonsils. These stages, identified using molecular signposts on the cells, were very similar to the stages of T-cell development in the thymus. They also showed that all 5 of the cell groups had the capacity to develop into T cells in laboratory tests, and that the first four populations had the capacity to develop into immune cells called natural killer cells. The researchers concluded “Overall, our work suggests that the tonsils serve as a T-cell factory, along with the thymus.”

SPLEEN: This organ is part of your immune system and helps to fight off infections while also filtering damaged and old cells out of your bloodstream. If your spleen needs to be removed, you’ll undergo a surgical procedure called a splenectomy. It may be the organ you thought you didn’t need, but the spleen is vital to your immunity. Yes you can survive without it, but why part with a single body bit if you don’t have to?

ADENOIDS: Like tonsils, adenoids help keep the body healthy by trapping harmful bacteria and viruses that you breathe in or swallow. Because adenoids trap germs that enter the body, adenoid tissue sometimes temporarily swells and becomes enlarged as it tries to fight off an infection. This doesn’t mean removal! Rather understand that this is a warning bell that something is wrong, and infection fighting has begun. Why remove the guard who warns you of impending danger?

APPENDIX: Researchers deduce that the appendix is designed to protect good bacteria in the gut. That way, when the gut is affected by a bout of diarrhoea or other illness that cleans out the intestines, the good bacteria in the appendix can repopulate the digestive system and keep you healthy. Until recently, the appendix was believed to be nothing more than a useless organ that served no purpose in your body, and for this reason alone, surgeons have routinely removed them. However, recent research has discovered that this is not true. As common sense dictates, there is a purpose for every single organ in your body, even the ones that modern medicine can’t find a reason for, and your appendix is one of them. Clearly if you have a burst appendix, it absolutely must be removed to save your life. But even this is usually a result of poor diet. Look after it and it will look after you and you won’t need it removed.

HYSTERECTOMY: this is the number one operation women do not need for dozens of reasons. It is a healthy organ that you can keep for a lifetime. We now know that making the decision to have a hysterectomy should never be taken lightly. It not only closes the door to childbirth, it has other potential repercussions, beyond the risks posed by any surgery – bleeding, infection, reactions to anaesthesia and very importantly – injury to nearby organs, nerves and tissue. A hysterectomy can also cause vaginal dryness, mood swings and hot flushes if the ovaries are also removed, cause bladder and intestinal changes and cause depression.

OOPHORECTOMY: or removal of the ovaries before menopause leads to an abrupt decrease in estrogen and androgen levels (male hormones which we actually need). After menopause, our ovaries are still responsible for producing 50% of our androgens. In a very large long term study conducted by the Mayo Clinic published in 2007 (data for the 2 studies was derived from the Rochester Epidemiology Project, one of the largest long-term integrated databases of patient records in the world) showed that women who underwent oophorectomy before menopause had almost double the risk of developing dementia or parkinsonism. The younger the women at the time of surgery, the greater the risk. Another surprising but distressing finding of these studies is that even removal of one ovary seems to have the same adverse effect neurologically as removal of both ovaries.

GALLBLADDER: good fat prevents gallstones, particularly during weight loss! But as Weston A Price said “2 things the gallbladder does NOT like are BAD fats and NO fat”. So we’re speaking GOOD fats here. The gallbladder is a wonderful storage organ, in which bile is stored for digestion (in a nutshell), bile made by the liver. Eating healthy fats will stimulate bile to be released and eating a low fat diet usually leads to gallstones, and ultimately surgery. Don’t fall for this nonsense – we NEED healthy fats to keep our gallbladders! Healthy fats include real butter (NOT margarine), olive oil (NOT seed oils like sunflower, canola, flax, etc), duck fat, lard, tallow, avo oil and fat on our meat. Yes, these are all healthy.

Your gallbladder is NOT a dispensable organ. Yes, you can live without it, but why should you face the consequences if you can keep it? Not only will you battle with weight gain later, but you may open yourself to various disease states. Removal of the gallbladder may be associated with colorectal cancer later in life (see https://www.ncbi.nlm.nih.gov/pmc/articles/PMC5542607/)

So keep your ‘bits’ if you can – of course unless you absolutely have to have them removed due to cancer – you won’t regret it. 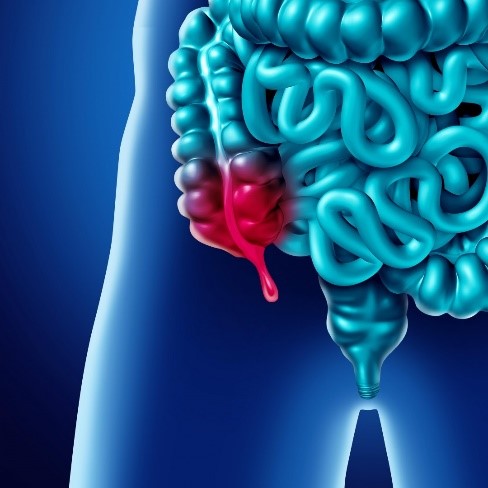