Who doesn’t love curry and rice… It’s really yummy, I know.  But is it good for you?  Let’s see what cardiologist Dr William Davis has to say about it.  Rice is still the ‘seed’ of a grass, which has the potential for harmful effects, with wheat being absolutely the worst of all seeds of grasses.  Davis reckons this grain is far from harmless.  First off, remember by the way this is a very high carbohydrate food, as well as being very calorie-dense – just saying.  Davis states “The carbohydrate in seeds, called amylopectin A, is rapidly digested by humans and raises blood sugar, gram for gram, higher than table sugar does. All non-wheat grasses, without exception, raise blood sugar and provoke glycation to similar degrees, including rice.”

I remember reading some years ago about the amount of arsenic found in rice, it horrified me.  Rice has a natural affinity among grasses to concentrate inorganic arsenic from soil and water.  The FDA analyses confirm that rice has a very high arsenic content but that it is not enough to poison you.  Hmmm. However, it’s been shown that continued exposure to arsenic may cause cancers, cardiovascular and neurological diseases.  Davis cites the Bangladesh problem where exposure of as little as a cup a day of contaminated rice is associated with a plethora of adverse health effects.  The FDA have established the ‘upper limit for arsenic in apple juice at 10 parts per billion”, but rice far exceeds this apparently.  Yipes, don’t have apple juice with your rice!

Grains as you know also have lectins which are mild toxins, to discourage anything from eating them, and consuming lectins can go anywhere from harmless to fatal – it’s dose-dependent.  (Just don’t eat castor beans, their lectins will kill you!)  Have you heard of ‘Golden Rice’? Well if you are eating this, you’re eating a genetically modified organism.  No thanks.  And did you ever watch that YouTube clip about how they are making and selling plastic rice for consumption? It’s made by mixing potatoes, sweet potatoes and plastic.  Watch it here.  (Not a very good quality, but you’ll get the idea). And then there was the melamine scare where so many people died a while back….  Er, I think I’ll serve my curry on zoodles from now on. 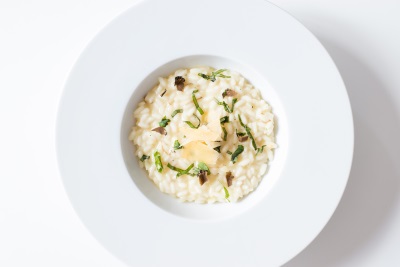