WHY YOU DON’T WANT TO TAKE CALCIUM

WHY YOU DON’T WANT TO TAKE CALCIUM

Calcium’s great for bones, but not for arteries!  What you are told is that you need calcium for strong bones.  Yes, you do – but not in supplemental form, and not without vitamin K2 being present.  You have an enormous amount of calcium in the diet actually, but it’s where it goes that is the problem!  It generally lands up in the wrong place, instead of going to the bones.  Most often, it ends up causing atherosclerosis or hardening of the arteries and hardens plaque therein.  In order to reverse this, you need vitamin K2 to remove this plaque.  (It’s not about cholesterol notice, it’s about calcium).

So how do you then remove this calcium from the arteries?

More Vitamin K2 in the diet will enable the body to absorb more calcium for your bones, but removes up to 37% from where it shouldn’t be – ie. in the arteries – redirecting this calcium to the long bones where it belongs. Take a good K2 supplement and/or eat plenty of the following foods from grass-fed/pasture-reared produce such as: butter, cheese, eggs, beef, chicken liver, salami.

The landmark Rotterdam Study showed that taking more than 32.7mg of vitamin K2 daily reduced arterial calcification by 50%. As well as cardiovascular death by 46% compared to those getting less than 21.6mg a day. The Calcium Score is one of the most predictive tests of having a heart attack.

Statin drugs which weaken the heart muscle, block the influence of K2, and can lead to more plaque being laid down in the arteries.  They prevent K2 doing its job.  They also have cardio-toxic properties, and as cholesterol is not the problem, but rather inflammation which causes plaque build-up which then is hardened by calcium – you can see where this is going.

(Find a holistic doctor who you can work with – never stop anything without your doctor’s supervision.) 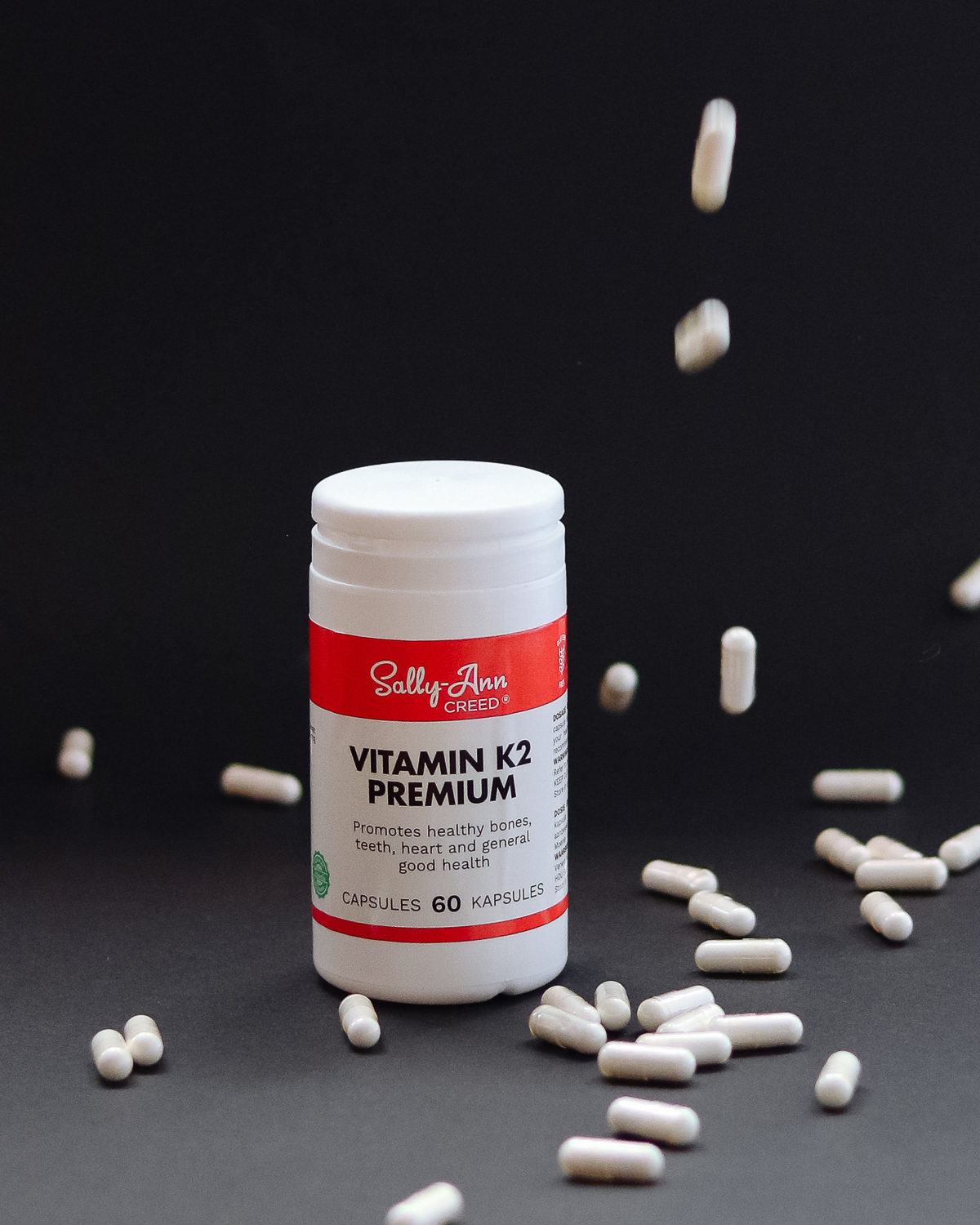