The Consequences of High Homocysteine Levels

Homocysteine is a little-known yet powerful bio-marker for heart disease and strokes, but also dementia. More and more research papers now conclude that high blood levels of homocysteine pose a significant risk for two common types of dementia – Alzheimer’s and vascular dementia – a risk factor that is within your control.

High homocysteine (Hcy) is primarily an indication of low vitamin B12 status. The reason it is a risk factor for cardiovascular disease and stroke is that it damages the walls of blood vessels. Hcy can easily be lowered – something few people know, and which could be life-changing. And if you think this is a problem for older people only you are mistaken – young people can also experience memory loss due to B12 deficiency – especially vegans and vegetarians for obvious reasons.

In 2013, The Journal of Neuropsychiatry and Clinical Neurosciences published the case of a 27-year-old man who for six months had been experiencing behavioural changes that included delusions and “wandering tendencies”. He was diagnosed with psychosis and given anti-psychotic medication. It didn’t work, and a month later he returned, with more symptoms: aggression, incontinence, and memory problems. A CT scan revealed some brain shrinkage (atrophy), and a blood test revealed extremely low levels of vitamin B12. The antipsychotic medication was stopped, and he was given intramuscular injections of B12 first daily, then weekly then monthly. Within a month he fully recovered without any of the above problems, and he was discharged. He admitted to having extremely low levels of animal foods prior to treatment.

Normal Hcy metabolism is regulated by a three vitamins: B12, folate and B6, working together as cofactors. Regular intake of these three B vitamins is essential. “Plasma concentrations of homocysteine can be lowered by dietary administration of B vitamins.” (Smith et al 2010). Deficiency of B6 is uncommon and unlikely for most people, as this vitamin is widely available in food.

FOLATE deficiency is far more common. To obtain a good supply of folate you need to ensure a regular supply of leafy green vegetables, such as spinach and broccoli or a good folate supplement. VITAMIN B12 is the trickiest one and the one most likely to be missing from the diet as its only source is animal foods. Therefore anyone who chooses to avoid these foods needs to supplement appropriately.

DIETARY SOURCES OF B12 & FOLATE
This is important to know – if you can get enough B6, then you need to work on getting enough B12 & folate (vitamin B9) if your Hcy levels are raised.
• VITAMIN B12 is found in all meat, fish, shellfish, poultry and eggs
• FOLATE (B9) is found in all leafy greens, beetroot, beef liver, beans, hazelnuts and chick peas
• VITAMIN B6 is found in chicken, salmon, tuna, turkey, potatoes, sweet potato, lentils, beef, peanuts, cashews, pistachio nuts and Brussels sprouts.

So B12 then say for a vegan would be the hardest one to supplement as the others can be found in plants. But be aware that no ‘vegan B12’ will do the trick as this is a mere analogue. You need the animal sourced B12 – methylcobalamin – to be able to supply what the body needs in order to avoid damage.

Dietary avoidance is not the only cause of deficiency of B12, especially for the elderly. Surveys in the US & UK discovered 6% of people over the age of 60 are vitamin B12-deficient, and it increases with age due to age-related gastric atrophy, resulting in malabsorption. Other causes include pernicious anaemia, smoking, and certain medications, especially metformin and antacids. METFORMIN lowers vitamin B12 levels in well over 30% of people taking this drug over a long period of time. However in younger people, it is usually due to dietary avoidance of B12-containing foods.

Studies have shown that high-dose vitamin B supplements can significantly slow down the rate of cognitive decline while dropping the Hcy level as much as 53%. While Hcy levels can be dropped, treatment is best in those who have not reached critically high levels with extensive damage – prevention is better than cure. There are no drugs to treat this, only nutritional supplements. Sometimes even diet is not enough.

FOUR STAGES OF B12 DEFICIENCY
What people don’t know who decide to go to a 100% plant-based diet is that it’s fine for a while. The adult liver can store enough B12 to last anywhere from 1-5 years. But.. after that, you could be putting yourself at serious risk of irreversible damage. B12 is known as cobalamin because it contains the trace element cobalt, not found in plant foods at all. It is made in the gut of animals and migrates from gut to muscle. A water-soluble vitamin, B12 is crucial to the brain and nervous system, red blood cell formation and DNA and the nervous system is particularly vulnerable to B12 deficiency.

MYELOPATHY, or degeneration of the spinal cord, is the most common neurological syndrome of B12 deficiency and is an early sign of stage 4 deficiency. If detected in time, it is fully reversible. Young people can experience this as can older people. It could start with tingling in both hands and spread up the arms. You will only become aware of symptoms when you reach stage 4. Here are the stages:

STAGE 1: serum depletion is evident. It is possible to detect low levels of the B12 carrier protein TCII. TCII levels drop within just a few days of absence of the vitamin.

STAGE 2: As stage one progresses to stage 2, low vitamin B12 can be detected at a cellular level. Like stage 1, there are no discernible symptoms. Nobody absorbs all the vitamin B12 they consume; meat eaters only digest and absorb about 50% B12 from meat and fish. Although vegetarians generally eat dairy foods and eggs, the quantity of B12 is quite low in these foods, and the absorption rate is not that great and would explain why they are frequently deficient in this vitamin, but not to the same extent as vegans.

Stage 2 requires that you take the right supplements. There are 2 forms of B12 – natural and synthetic. The type most commonly used in supplements is cyanocobalamin, a synthetic form not found in nature. It is cheap, so popular with manufacturers, so the body has to convert it into methylcobalamin, the natural form. If you are taking a B12 supplement try to get methylcobalamin. Even oral B12 supplements are poorly absorbed, that’s why B12 supplements tend to be high-dose. For example a typical oral dose of 1000mcg delivers around 5–40mcg of B12.

STAGE 3: At this stage, there is another detectable change in the blood. Levels of homocysteine begin to rise above normal, creating a condition sometimes called ‘hyperhomocysteinuria’. It’s a see-saw situation – as B12 levels rise, Hcy levels fall, and vice versa. Don’t rely on ‘fortified’ foods either! Manufacturers of processed food add vitamin B12 so that they can make a big deal of this on the packaging which can be very misleading. Unfortunately fortification is usually made with extremely small amounts of the synthetic form of B12.

STAGE 4: now this is recognised as the clinical deficiency stage as symptoms begin to manifest. Some of these are more serious than others, and some are more obvious than others.
Early, mild symptoms of stage 4 vitamin B12 deficiency include:
• Fatigue
• Depression
• Anxiety
• Loss of appetite
• Paleness
• Hair loss
• Numbness or tingling in the hands and feet
• Poor memory.

Poor memory and cognitive function are the most commonly reported symptoms of B12 deficiency – both blood and central nervous system are likely to be affected now. Megaloblastic anaemia is not uncommon – a condition in which abnormal red blood cells are produced by bone marrow.

A major concern is a form of myelopathy affecting the spinal cord called ‘subacute combined degeneration’ (SCD). Myelin sheaths and axons are destroyed in the white matter of the spinal cord. The myelin is the protective layer wrapped around the nerve. If caught early this is treatable. Another indication of stage 4 deficiency is depression.

What You Can Do
If you are at all concerned about your B12 status, there are two tests that are quite useful – blood (serum) vitamin B12 and homocysteine levels. The blood vitamin B12 test might show low levels indicating possible stage 1-3. If you have high homocysteine you are already at stage 3.

If you are at all concerned, I strongly recommend all three. 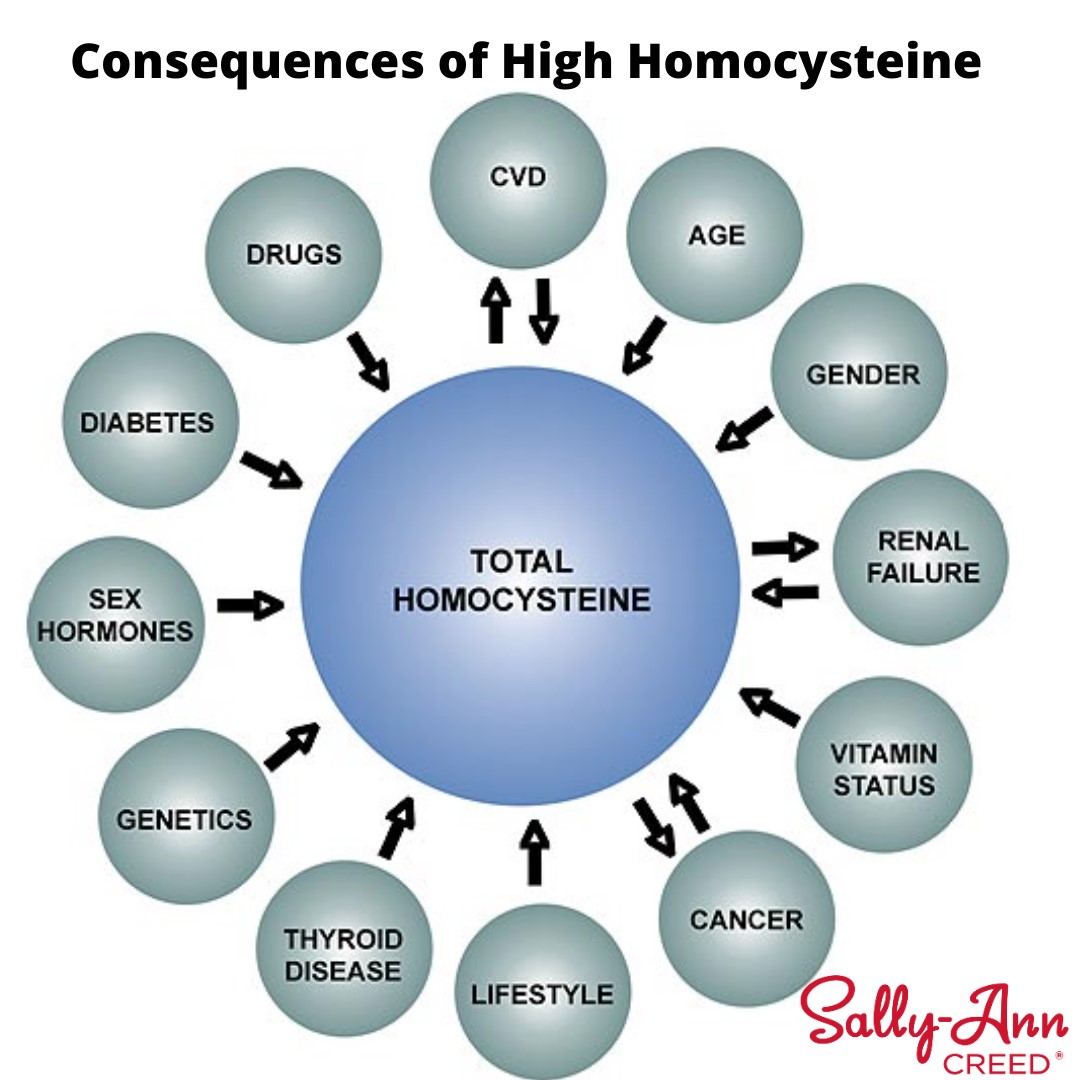