Researchers estimate that at least 50% of the US population is deficient in magnesium. The intake of the mineral has actually decreased in the Western world in recent years.

Magnesium deficiency is difficult to diagnose via testing because it exists in the cells and the bones – don’t waste your time testing for serum concentration because only 0.3% of body magnesium is found in serum (blood). Since magnesium is critical for more than 300-600 processes in the body, it won’t surprise you that deficiency symptoms are found in several different systems. Here are a few:

Magnesium Deficiency Causes
Only about 24–76% of dietary magnesium is absorbed, the rest is eliminated, which is why some forms of magnesium are often used as a laxative. The lower your magnesium levels, the more magnesium you absorb. Since diet is not a reliable way to achieve optimal magnesium levels, a magnesium supplement is recommended – I recommend Magnesium Citrate Powder or Chelated Magnesium Premium capsules. See here  for more details.

Magnesium Oxide is an extremely inexpensive form of the mineral but unfortunately, multiple studies confirm that it has extremely poor bioavailability and is thus not well absorbed, and causes gastric distress. Cheap magnesium will usually always be oxide.

Those which are better absorbed include Magnesium Aspartate, Magnesium Citrate Powder, and Magnesium Glycinate (which is what you’ll find in my Chelated Magnesium Premium capsules). Magnesium Citrate is easily the best absorbed of all. And only one compound, Magnesium L-Threonate, has been proven to significantly raise brain levels of magnesium. (You’ll find this in Lypo-spheric Magnesium Threonate sachets from my online store). It’s not cheap but it’s very effective.

Poorly Managed Diabetes: Researchers suggest that the high incidence of magnesium deficiency in type 2 diabetics may be due to poor diet that lacks magnesium and the diarrhea associated with autonomic neuropathy that occurs with diabetes. The use of medications to treat other effects of the disease can also interfere with absorption.

Endocrine Over-activity: Overactive glands that secrete excessive hormones can lead to low magnesium. These conditions include aldosteronism, hyperparathyroidism and hyperthyroidism.

How to Prevent Magnesium Deficiency
• Be aware of the type of magnesium you take.
• Read the labels.
• Know which foods are rich in magnesium and add them to your diet.
• Supplement wisely with bioavailable forms of magnesium like magnesium citrate.
• If you want to prevent magnesium deficiency throughout the body, you may want to invest in a Magnesium Citrate supplement
• You can also put it directly on the body – see the lovely cream called Magni-ficence on my website. Rub onto the legs.
• If you are looking to raise brain levels of magnesium to maintain optimal cognitive health as you age, you may want to look into Magnesium L-Threonate supplements like Lypo-Spheric Magnesium L-Threonate. 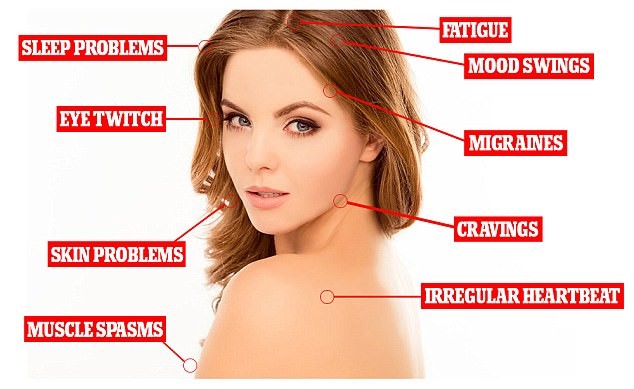