The corona virus or Covid-19 wreaking havoc in the world today belongs to a family of viruses called RNA viruses.

All viruses exist in a twilight world between the living and the non-living in that they cannot live by themselves:

They must infect a living host cell of a plant or animal within a short period of time to survive. All viruses are submicroscopic protein boxes with a variety of shapes and inside this box is some genetic material which codes for virus proteins to make more boxes like the original one. In the case of the corona virus the outside of the protein box is festooned with spiky molecules with which the virus is recognized by the cells in its host. These spikes are like keys. The place on the host cell which recognizes the key the way a lock accepts the right key is called a receptor site. Each virus can only be recognized by a specific cell in this manner and so viruses are specific to certain animals or plants. Once inside the host they can only infect the specific tissues which contain the cells with the corresponding receptor sites. The trouble with viruses like Ebola, swine flu and Covid 19 is that they have ‘jumped’ from their original animal host into humans who have no natural immunity to them.

Once Covid-19 has entered the body (usually via the mouth, nostrils or eyes) it is recognized by certain tissues whose cells contain a receptor site called ACE2. Tissues rich in ACE2 receptor sites are found lining the mouth and tongue, throat and the air sacs in the lungs. There are other tissues rich in these receptors found for example in the gut, heart and kidney. Once the cell has formed an attachment with the spikes of the virus it then absorbs the virus into the cell because the cell ’thinks’ this is the usual molecule it absorbs in this way. The virus is actually a Trojan Horse: the cell dismantles the protein box and releases the genetic material contained inside. This genetic material is called RNA and it is simply a recipe to make the proteins which are used to make more virus boxes. An enzyme in the cell makes many copies of the RNA in order to make thousands of new protein boxes and a copy of the RNA to go inside each of the thousands of new viruses thus formed. The cell machinery and resources have become hijacked by the virus and all its normal duties are suspended while it churns out thousands of new viruses. The cell becomes so bloated with this vast population of viruses that it bursts and the viruses go on to infect other cells and the damage causes coughing and sneezing.

As the millions upon millions of new viruses flood the system the immune response begins by first raising the temperature of the body to increase the metabolic rate for the fight and this is one of the first signs of an infection.

There are different degrees to which we respond to a Covid-19 infection: After an incubation period of 4-7 days some people develop non-severe symptoms and the threat is eliminated easily if the health status of the individual is good and there is an efficient (genetically determined) immune response. If these underlying strengths are absent then the virus is not eliminated the infection moves down the airways and the air sacs in the lungs become damaged resulting in a strong inflammatory response which causes an acute respiratory distress syndrome. So two distinct phases can occur with a Covid-19 infection: an immune-defense based protective phase and a second inflammation-driven damaging phase. The first phase should be supported or boosted as much as possible while the second should be suppressed because although inflammation is a healing mechanism, in this case it causes more damage than healing. The damage is caused by the build-up of a clear liquid jelly called hyaluronan in response to inflammatory molecules called cytokines. A CT scan of the lungs shows the appearance of ‘ground glass’ when this is happening. This jelly absorbs much water and so the patient can literally drown. Symptoms include rapid, short breathing and cyanosis or blueness of the skin and fingernails etc. owing to lack of proper oxygenation of the blood. This acute respiratory distress syndrome must be supported by oxygen supplementation or even ventilators.

Medically, to deal with these developments doctors have been known to use Vitamin B3 to help heal lung tissue and hyaluronidase (an enzyme to break down hyaluron). This particular RNA virus is apparently very stable in other words it does not mutate rapidly like HIV and so the likelihood of the development of a protective vaccine is anticipated. The use of plasma from the blood of patients who have recovered is also effective.

There are alternative theories and hypotheses about the Covid-19 infection and one in particular that has been debunked is the virus-red blood cell connection. The story goes that once the initial host cells in the upper respiratory tract have reproduced trillions of viruses they enter the bloodstream and attack the red blood cells, breaking them down and releasing their iron content into blood whereupon it enters the liver and causes much oxidative stress there. The damaged red blood cells can no longer carry oxygen and this is why the patient suffers the symptoms of anaemia. This theory falls down for at least two reasons: firstly there has never been any reports of haemolysis in Covid-19 sufferers, the labored breathing is a result of fluid in the lungs and the CT scans and autopsies corroborate this pneumonia condition. Secondly, viruses are tissue specific and red blood cells do not have the ACE2 receptor sites for corona virus attachment. Even if red blood cells were host cells the RNA within the virus does not have the ability to dismantle the haemoglobin molecules inside, it depends entirely on an enzyme in the cell to make more RNA. Red blood cells lost this enzyme when they reached maturity and became carriers of respiratory gases with no ability to make new proteins.

The action of hydroxychloroquine against Covid-19 is actually postulated to occur as follows:

As discussed above the virus attaches to host cells by linking to ACE2 receptor sites on the cell. There is evidence that the host cells present more such binding sites in the presence of Covid-19 so they can be more easily infected. It is thought that this binding of the virus to the cells is blocked by hydroxychloroquine. This then renders the ACE2 receptor site less receptive to the virus.

The production of pro-inflammatory cytokines which cause the lungs to fill with fluid and be damaged is inhibited by hydroxychloroquine. This by the way is why the drug is used to clm the cytokine storms of lupus and rheumatoid arthritis sufferers.

Hydroychloroquine interferes with the release of newly formed viruses from the host cells in a rather complicated process. Once viruses have docked with the ACE2 receptor site they are enveloped in a piece of the outer membrane of the cell. Then carried into the cell interior in a little sac called an endosome. In order to be released from this endosome so the viruses can begin to use the cell machinery to replicate another sac (called a lysosome). Within the cell which is filled with acid and digestive enzymes fuses with the endosome and the acid-dependent enzymes rupture the endosome so the viruses are released. Hydroxychloroquine is highly alkaline and it accumulates in lysosomes. It neutralizes the acid so when the lysosome fuses with the endosome the enzymes cannot do anything and the viruses are trapped. (Lancet Infect Dis. 2003 Nov; 3(11): 722–727).

Zinc has been described as interfering with the formation of RNA in other studies of viral reproduction. Hence zinc is often added to the treatment supporting Covid-19 sufferers.

Hydroxychloroquine has an affinity for zinc which is piggy-backed into the cell as the hydroxychloroquine is absorbed. Inside the cell the zinc interferes with the replication of viral RNA bringing the production of new viruses to a halt.

Despite the lack of double-blind placebo controlled clinical trials with hundreds of participants taking months many doctors are prescribing hydroxychloroquine and zinc. On the basis of many anecdotes about the efficacy of the combination. Normally extensive trials are done on new drugs. Partially to flush out the potential side effects. However in the case of hydroxychloroquine which has been in use for over 40 years the side effects are well-known to be minimal at therapeutic doses for long-term use as lupus and RA sufferers will attest. 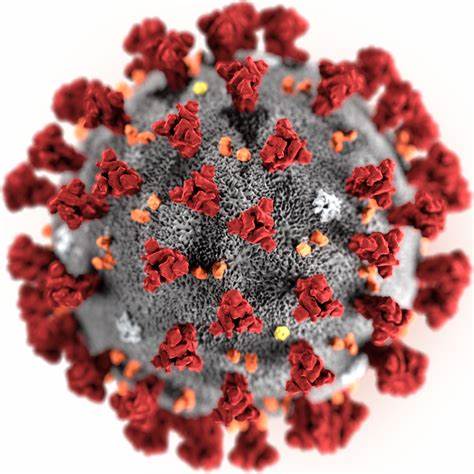