Getting enough of, or being deficient in Vitamin K2 can be a serious situation, to the point of developing heart disease or having a stroke. It may not manifest with any symptoms either which can be difficult. But the benefits of taking a supplement are nothing short of incredible. Here are a few of a LONG list:
• Improves bone density – K2 directs calcium into bone
• Enhances remineralisation of bone reducing osteoporosis
• Improves mineralisation of teeth, lowering risk of cavities
• K2 reduces PMS, cramps, menstrual pain and bleeding
• Regulates the function of your hormones
• Helps prevent heart disease especially calcification of the arteries
• Improves brain function
• Maintains healthy gums and teeth
• Directs calcium to the bones, not kidneys to form kidney stones for example, or the heart thereby preventing atherosclerosis
• Improves and enhances exercise performance
• Promotes healthy blood sugar levels
• Evidence of it being an anti-carcinogen

VITAMIN K1 vs VITAMIN K2
These two are quite different. Vitamin K1 is found in leafy greens, but K2 is found in animal products like grass-fed butter, liver and eggs. K1 is involved in blood clotting while K2 is there to direct calcium to where it should go such as bones and teeth, not our soft tissues. A human cannot convert K1 from greens to K2 the way cows and other animals can – so we have to get it from animal products. Therefore the two vitamins K have very different roles in the body. Vitamin K2 is actually a collection of more specific forms of this vitamin known as menaquinones – MK-7 is the most well-absorbed and most studied form.

Vitamin K1 goes to the liver where it is used to make proteins needed by the body for blood clotting. Vitamin K2 in the form of MK-7 though, gets to bones and teeth, getting the calcium out of the bloodstream and putting it where it should be, not in the soft tissues. It makes use of osteocalcin, a hormone which improves metabolic and hormonal health, and also is valuable at increasing exercise performance. Therefore K2 has a completely different role in the body to K1. K2 does go to the liver too, and stays there much longer than K1 in fact, where it is changed, and can even be used for blood clotting if the body needs it. The MK-4 type of K2 is quickly absorbed and depleted and not nearly as effective as MK-7

Yes I know. I’m so anti-soy, why would I even mention natto? Well the truth of the matter is that natto is heavily fermented (non-GMO) soybeans, where the bacteria are used and made into K2 – it’s the only time I recommend contemplating soy! Never in any other time or in any other form. Apparently it’s eaten in eastern Japan, and it’s the most disgusting smelling thing on the planet, but clearly they knew something years ago we didn’t – that a spoon of natto a day would be heart protective. You can also ferment this bacteria on chickpeas and black beans, but you get a bit less than the soybeans. Goose liver also gives as much K2 as natto, but I would hope nobody supports the cruel practice for making fois gras. Normal goose liver fine – not the poor creatures who are force-fed (but that’s another story – sorry I love animals).

SO HOW MUCH DO WE NEED?
Well, this is one of those ‘how long is a piece of string’ questions – we don’t know. All we know is that it is not toxic at any level, and more is sometimes better. Healthy adults can take 45ug-200ug – or much more. But the best suggestion would be to take a K2 supplement and make sure you are also getting plenty through your food supply. Apparently patients with chronic kidney disease would do better with amounts up to around 480ug a day, perhaps much higher, but naturally this must be done under medical supervision in all chronic disease. People on warfarin or other anticoagulants should speak to their specialist physician. Often they don’t know the difference, so perhaps take some helpful literature with you if you wish to take K2 and don’t think your doctor will agree.

Of course calcification of the arteries and osteoporosis would be very obvious signs too. The real causes though are due to low dietary intake, poor gut health, conditions which affect efficient absorption and certain medications.

You can get superb vitamin K2 products from me here   – just search for Vitamin K2 Premium – there are some with D3, and some are vitamin K2 on their own. 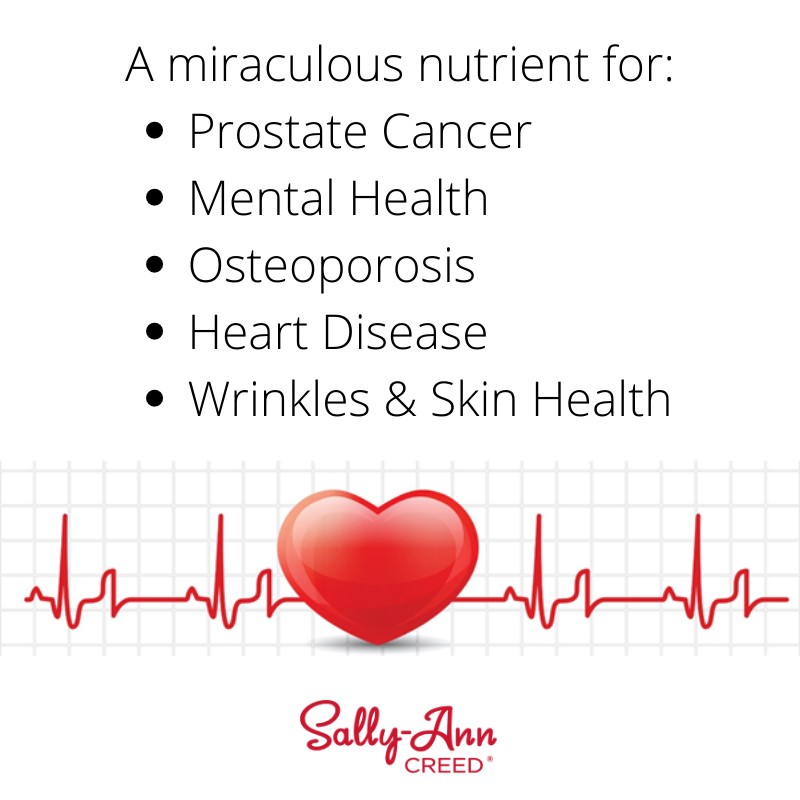